Moving to DX10 with Matt Davies and Steve's DX10 Fixer.

As I sat there reading the “Out of Memory” message in FSX, I realized the time had come to make the transition to DX10!   Some things are inevitable.   My FSX would simply not load the PMDG NGX, ORBX’s NCA, and Flight Beam’s KSFO, while in DX9 mode.  Switching to DX10 Preview mode would rectify the problem allowing FSX to cram more monkeys in to the barrel.  Unfortunately, the thought of making a difficult transition to the VAS saving DX10 did not sound appealing.  Luckily there are those who have already cut a path through the jungle.  All we have to do is walk down that path. I like Matt Davies, and you should too.   He generally wants to help the flight sim community and his YouTube tutorials are spot on.  Matt’s videos are entertaining and informative.  Of course there are other individuals who have contributed to FSX as we know it today.  (Nick N, Froogle, DX10 Steve).
Matt’s tutorials are very concise and to the point.   His recent video on moving to DX10 really attracted my attention.  While the thought of moving to DX10 occurred on many occasions, it was Matt’s video that gave me confidence to finally switch. 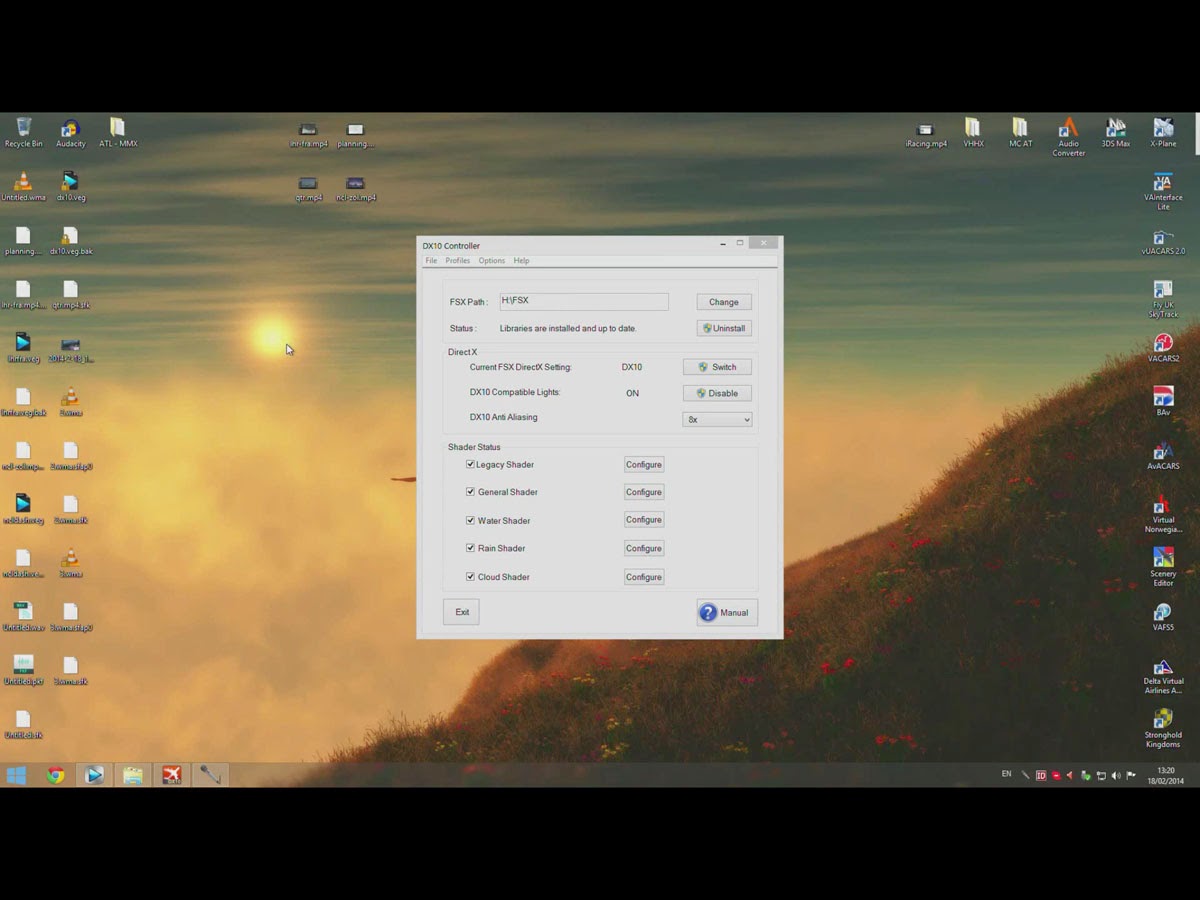 Of course we cannot discuss DX10 without mentioning Steve.   Steve is the true hero of the DX10 saga.  He worked very hard to bring about this revolution.   He blogged about his numerous experiments with DX10.   Of course there were the ever present nay-sayers who said it could not be done.   But his hard work came to fruition with the software package, “Steve’s DX10 Fixer”.   His software ($35) converts scenery and other FSX buggies over to DX10.  It works, and it works very well.   The software is also very simple to use.

Sunset in San Fran, in the Real Air Duke v2. 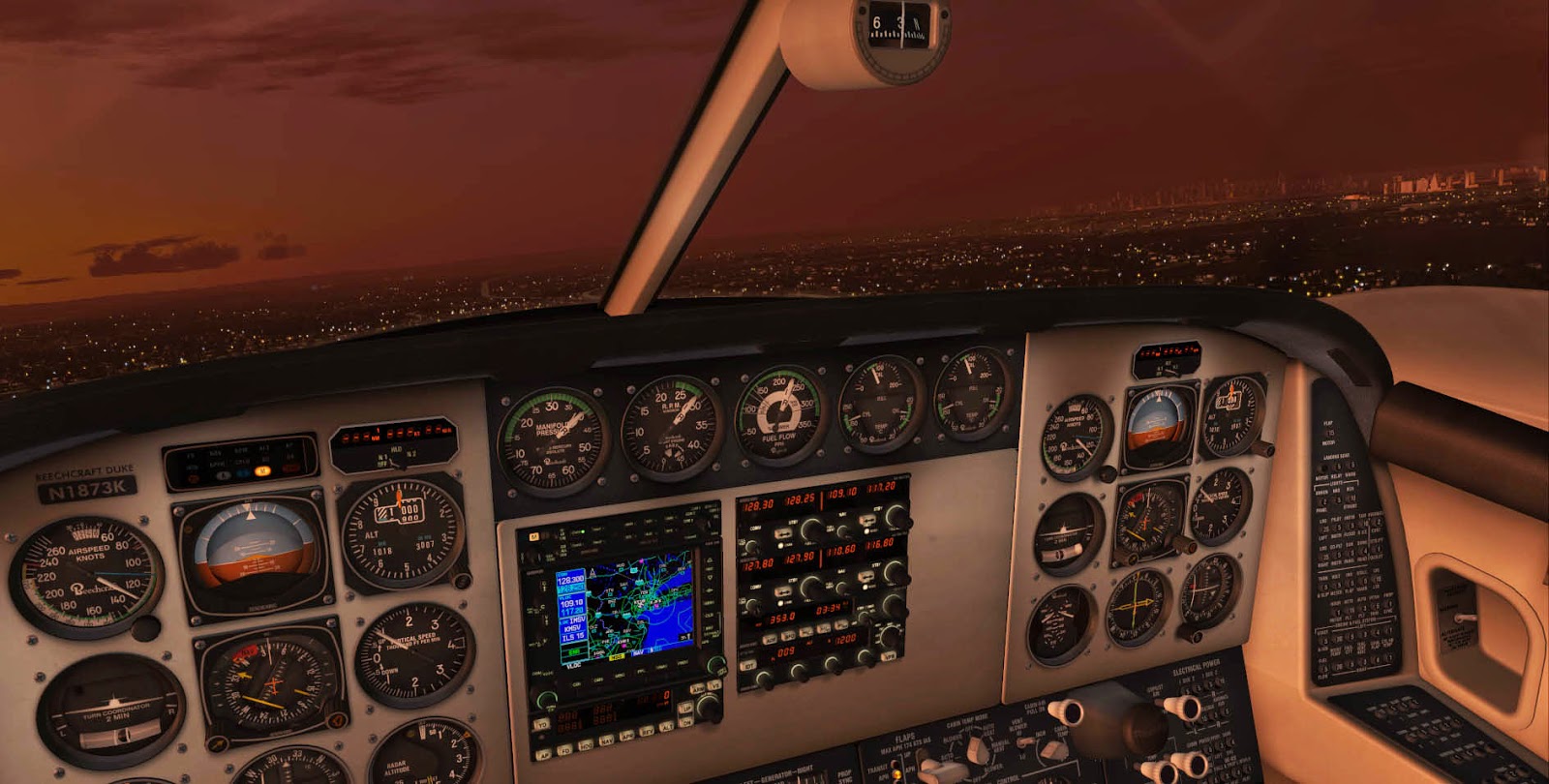 Since moving to DX10, I have not had one DX10 related problem with my FSX.  On the contrary, DX10 has greatly improved the visual appeal.  It is hard to put into words, but there is no longer a need for ENB or Sweetfx on my system.  The visuals out the cockpit are greatly improved with DX10!  Mountains, shadows, cockpits, all look very realistic!  Simply a visual delight!

Landing at Jackson Hole next to the Grand Tetons.

To start the transition to DX10, I purchased Steve’s DX10 Fixer and then followed Matt’s YouTube tutorial.   The move was very simple and straight forward.  Changes were made within FSX, to the fsx.cfg, and to Nvidia inspector.  My system is now locked at 30 fps in Nvidia inspector.  Please take note of this.  Matt clearly mentions that increasing this number will give blurry textures.  This is very true!  So if you want to clearly read your cockpit instruments, stay at 30 fps.   From my experience so far, there is no real benefit in increasing this number.  My system is very stable at 30 fps. Also, Matt clearly states that you must use the same exact number for sparse grid sampling in FSX, Nvidia Inspector, and Steve’s DX10 Fixer.  Not doing so will cause your computer to EXPLODE!!! POW!!!   Well, not really, but you need to follow Matt’s advice on this. 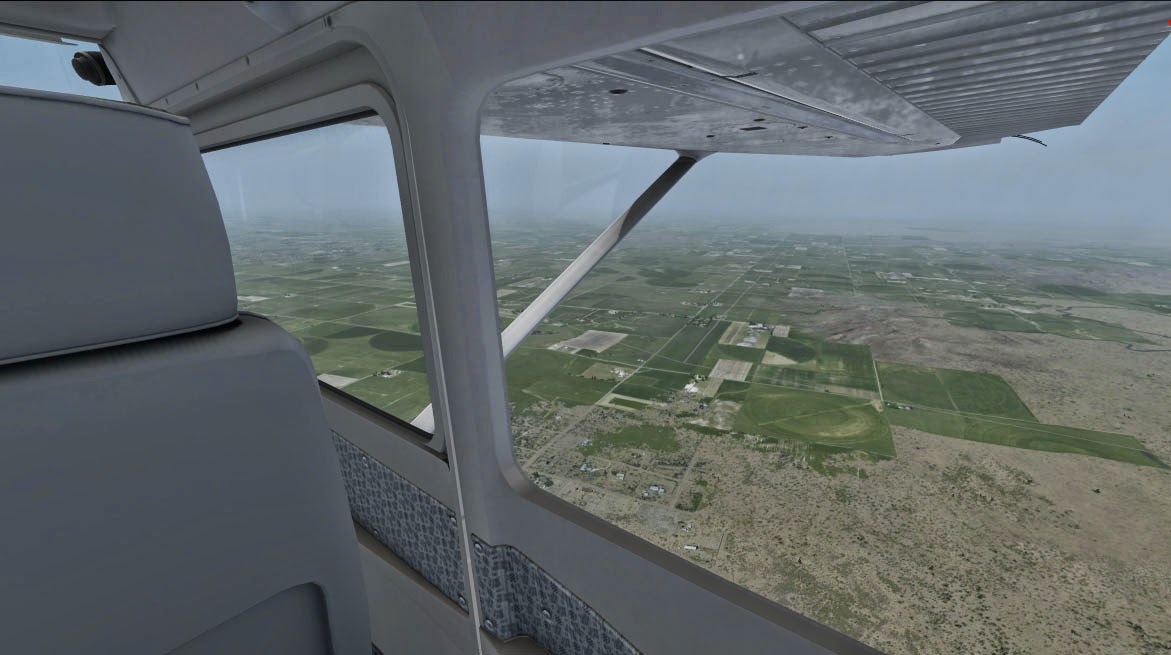 There is no performance benefit related to DX10.   I will say, if you follow Matt’s suggestions for FSX tweaks, and DX10 tweaking, your system may benefit from a performance boost.  That is because he gives sounds advise on tweaking FSX and Nvidia Inspector.    His 2013 FSX Tweaking Guide got my system up and running in top performance. 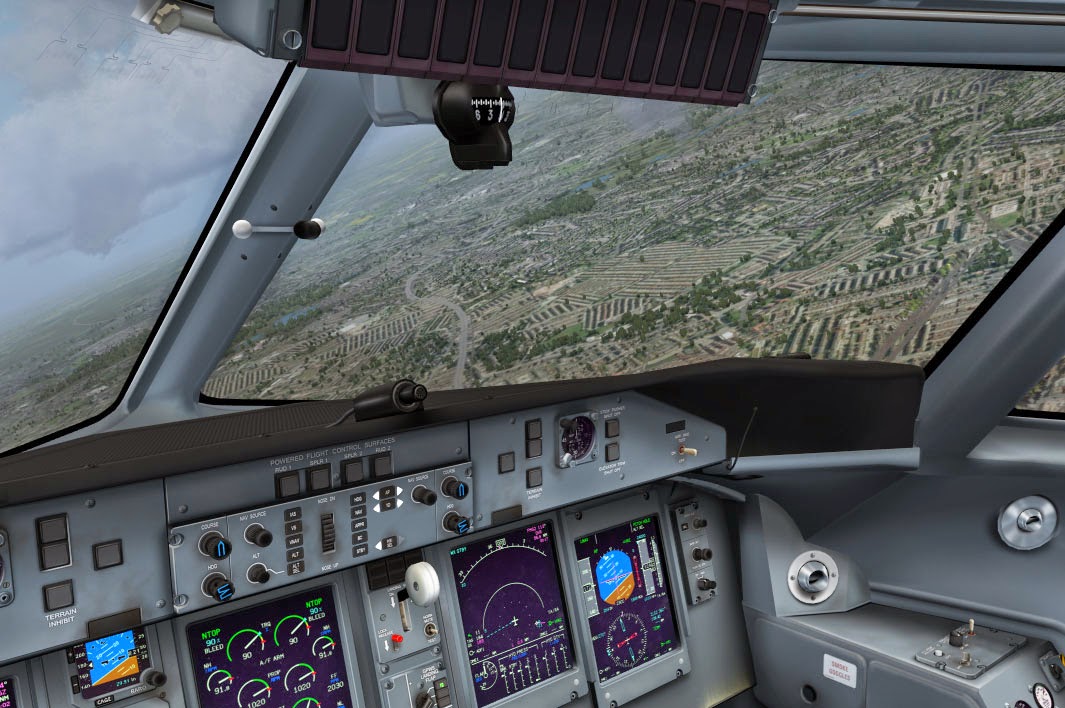 With DX10, my system has become more reliable.   Having removed ENB and Sweetfx, I have not suffered any Crashes To Desktop (CTD).    ENB and Sweetfx are truly not required in DX10.   They were creating numerous CTDs, but I was not very happy with the DX9 visuals.

Landing the NGX at KSFO with heavy scenery. 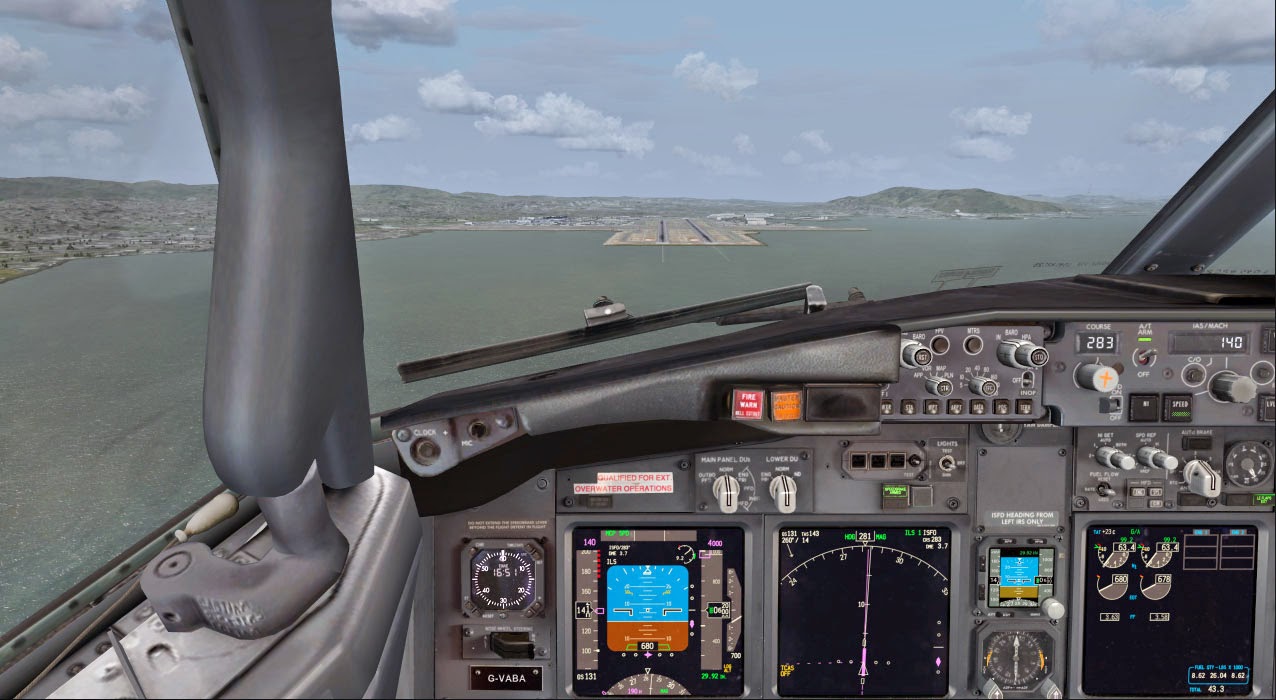 The gold standard of a system hog is the old PMDG 737 NGX.  On my system overclocked i7 system, I can fly the NGX in heavy scenery like ORBX NCA, landing at Flight Beam’s KSFO, with a steady ~22 FPS (give or take, on final approach).   Eliminating GA traffic, boat traffic, and lowering Airliner traffic to 20%, gave a significant increase in performance with the NGX.   I also use REX4 with lower resolution clouds and Matt’s REX4 Themes.  Unlike the older versions of REX, the lower resolution clouds still look amazing.

Flying over ORBX NCA in the NGX. 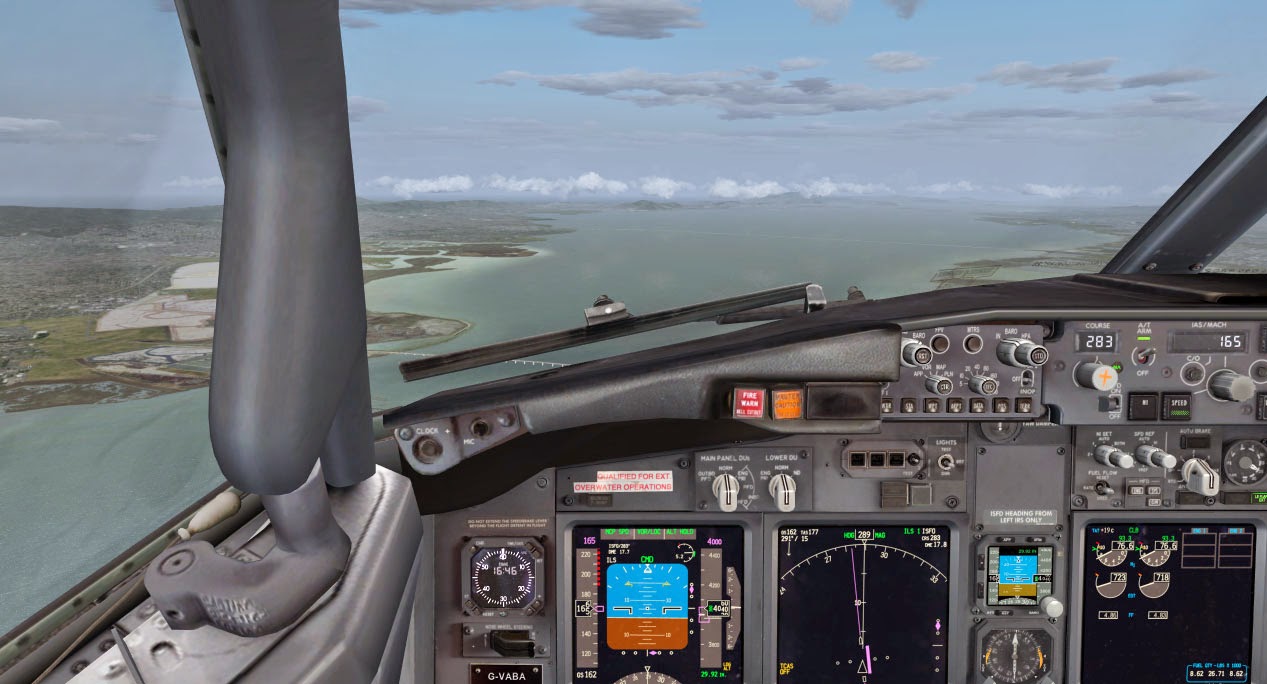 For general aviation within FSX, I can increase the GA traffic, the boat traffic, and install 2048 high resolution REX4 cloud textures.  My system has no trouble handling planes like the Real Air Duke V2 or A2A C172.   It eats them for breakfast.  It really takes a heavy hitter like the PMGD NGX before I have to make concessions within FSX.

P.S.
If you have a ATI/AMD Graphics Card, you can use Radeon Pro in conjunction with Steve's DX10 FIXER.   Below is a link to information on the Avsim Forum.   Please note, you will have to log on to access the information.